Many authors misunderstand the concept of anonymizing for blind review. Blind review does not mean that one must remove citations to one’s own work in fact it is often impossible to review a paper unless the previous citations are known and available.

Blind review means that you do not use the words „my“ or „our“ when citing previous work. That is all. (But see below for tech reports)

An example of a bad paper:

An analysis of the frobnicatable foo filter.
In this paper we present a performance analysis of our previous paper [1], and show it to be inferior to all previously known methods. Why the previous paper was accepted without this analysis is beyond me. [1] Removed for blind review

An example of an excellent paper:

An analysis of the frobnicatable foo filter.
In this paper we present a performance analysis of the paper of Smith et al. [1], and show it to be inferior to all previously known methods. Why the previous paper was accepted without this analysis is beyond me. [1] Smith, L and Jones, C. „The frobnicatable foo filter, a fundamental contribution to human knowledge“. Nature 381(12), 1-213.

Sometimes your paper is about a problem which you tested using a tool which is widely known to be restricted to a single institution. For example, let’s say it’s 1969, you have solved a key problem on the Apollo lander, and you believe that the CVPR70 audience would like to hear about your solution. The work is a development of your celebrated 1968 paper entitled „Zero-g frobnication: How being the only people in the world with access to the Apollo lander source code makes us a wow at parties“, by Zeus et al.

You can handle this paper like any other. Don’t write „We show how to improve our previous work [Anonymous, 1968]. This time we tested the algorithm on a lunar lander [name of lander removed for blind review]“. That would be silly, and would immediately identify the authors. Instead write the following:

We describe a system for zero-g frobnication. This system is new because it handles the following cases: A, B. Previous systems [Zeus et al. 1968] didn’t handle case B properly. Ours handles it by including a foo term in the bar integral. …The proposed system was integrated with the Apollo lunar lander, and went all the way to the moon, don’t you know. It displayed the following behaviours which show how well we solved cases A and B: …

As you can see, the above text follows standard scientific convention, reads better than the first version, and does not explicitly name you as the authors.
A reviewer might think it likely that the new paper was written by Zeus et al., but cannot make any decision based on that guess. He or she would have to be sure that no other authors could have been contracted to solve problem B.

FAQ: Are acknowledgements OK? No. Leave them for the final copy. 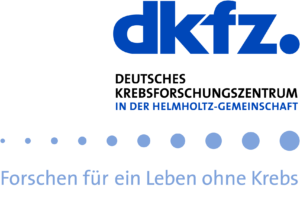